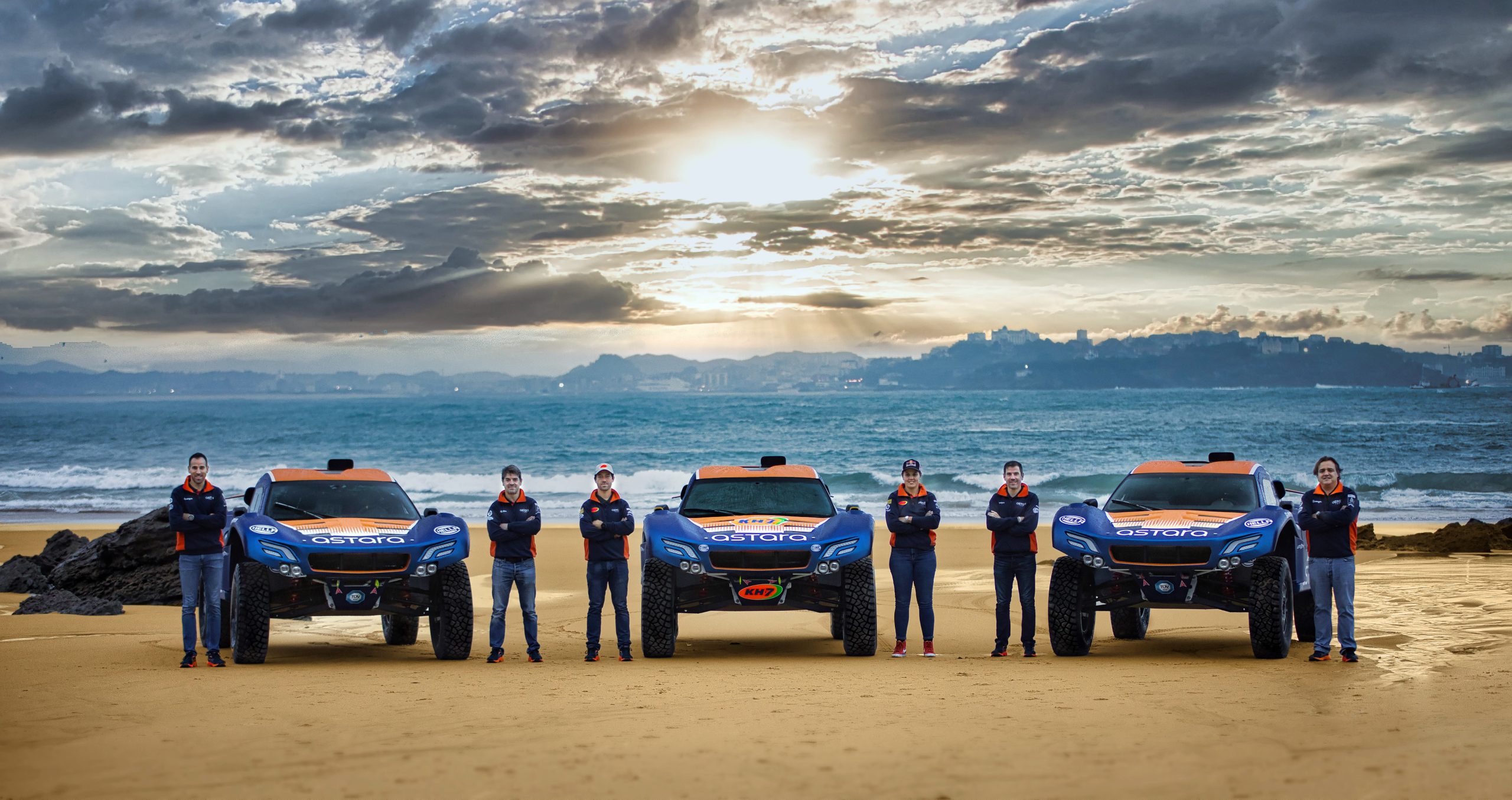 The ASTARA TEAM is made up of more than 30 people. Obviously, Laia, Maurizio, Carlos, Marc, Óscar and Diego will be the most visible faces to the public, but behind them is a powerful structure that has been formed to face this year’s Dakar Rally with total assurance.

We boast a main team, 2 team leads, 11 mechanics, engineers, a physical therapist, a truck driver, a cameraman, a press director and two people in logistical support…

Here at the ASTARA TEAM, we want to reaffirm our fi rm objective to prove that technological excellence and competition at the highest level are absolutely compatible not only with respect for the environment but also with diversity. We are proud of acting flexibly to develop smart solutions for tomorrow, pushing the limits to face new challenges and being perfectly prepared for the future.

At ASTARA we put people at the centre of everything we do, people drive us and we value both experience and a daring mindset, because we are convinced that success is shared growth.

That’s why we want to highlight the many women on the team that forms ASTARA TEAM for their impressive professional value. The first of them is, of course, Laia Sanz, whose track record we’ll talk about later.

Our engineer Jessica Nebra will be in charge of many of the main tasks. She has dedicated 25 years to the world of competition as a mechanic, sports event organizer and rally co-driver. Jessica was the national co-driver rally champion in 2015, her team has won four consecutive Clio Cup championships, she has raced in more than 50 rallies nationally and internationally (Portugal, Monte Carlo, and more), in raids she has participated twice in the Baja Aragón and took part in Dakar 2021 as a mechanic of a T3 vehicle. Moreover, Jessica is the technical commissioner of the Royal Spanish Motorsport Federation.

Next, we have Iona Hernández, a trained mechanic who has experience in karting, in Spanish and German touring car championships and even in the IMSA – in Mooresville, North Carolina-, in the 24 Hours of Le Mans, in the European Le Mans Series, in the WEC and more. In 2021, she was also in Dakar along with Jessica Nebra.

14 women’s world titles and 10-time women’s European trial champion, 7 in the Trial of Nations, 11 victories in the Women’s Motorcycle Trophy at Dakar Rally, 6 Women’s World Endurance Championships… Laia Sanz’s track record, and this all is just a small part, is both spectacular and breath-taking. We can’t forget that she also took part in the Extreme E in 2021 and 2022, sharing the wheel with Carlos Sainz.

The Spanish driver has managed to finish each and every time she has competed in Dakar: 11 times on motorcycle and once in cars, as in 2022 she formed a team with Maurizio Gerini, and she’s returning with him to test their luck.

The story of how Laia and Maurizio decided to join forces is also worth retelling. Just three days before the end of Dakar 2021, Maurizio Gerini was the leader of the Original by Motul (without assistance) when he had an accident that forced him to withdraw from the race. The Italian, who had already managed to win the Marathon category of Dakar in motorcycles in 2018 and 2019, was preparing his return to Dakar 2022 on two wheels seeking redemption when he received a call from Laia Sanz to come over to cars and sit on the seat to her right. Now, Laia and Maurizio are joining the ASTARA TEAM on an exciting and sustainable journey.

Carlos Checa is a true global superstar on two wheels. World Superbikes Champion in 2011, with a total of 24 victories and 49 podium finishes, the driver from Sant Fruitós de Bages also excelled in the premier class of 500 cc/MotoGp, where he earned two victories and 24 podium finishes. Furthermore, he was the first Spaniard to win the Suzuka 8 hours in 2008.

Although he officially retired in 2013, Carlos has never stopped competing. First it was on two wheels in rallies like the Merzuga rally, cheered on by his friends Nani Roma and Marc Coma, and later he ventured into a Polaris Side by Side. Dakar was clearly his destiny and last year we saw him make his debut with a Boggy Optimus by MD Rallye Sport. Now, with the ASTARA TEAM, Carlos Checa is showing that he is taking things very seriously and that his adventure is no passing thing.

By his side will be Marc Solà, a veteran of the world’s most demanding rally. Marc has taken part in no less than seven Dakar Rallies, four on motorcycle and 3 on SSV. In 2022, he earned an impressive 4th place, knocking on the door of the podium, on an SSV T4. He reached 2nd place in the marathon category on a motorcycle in 2018.

Óscar and Diego have participated in Dakar in 2018, 2019, 2020 and 2022. They have managed to finish each and every time they have participated. Diego also can boast having reached that goal in 2013 and 2016. The two form a solid, reliable duo capable of successfully overcoming extreme circumstances as they have proved in the past in Dakar.

As last year, SMC Motorsport will be the technical manager in order to provide the best possible service to the ASTARA 01 Concept cars during the competition and to help to remedy any mishaps that may occur.

SMC Motorsport, with Gonzalo de Andrés as main team, is a team with more than fi fteen years of experience since SMC Junior Motorsport. Dedicated exclusively to the competition and preparation of vehicles, including their maintenance and custody between races, as well as technical and mechanical assistance in each competition. 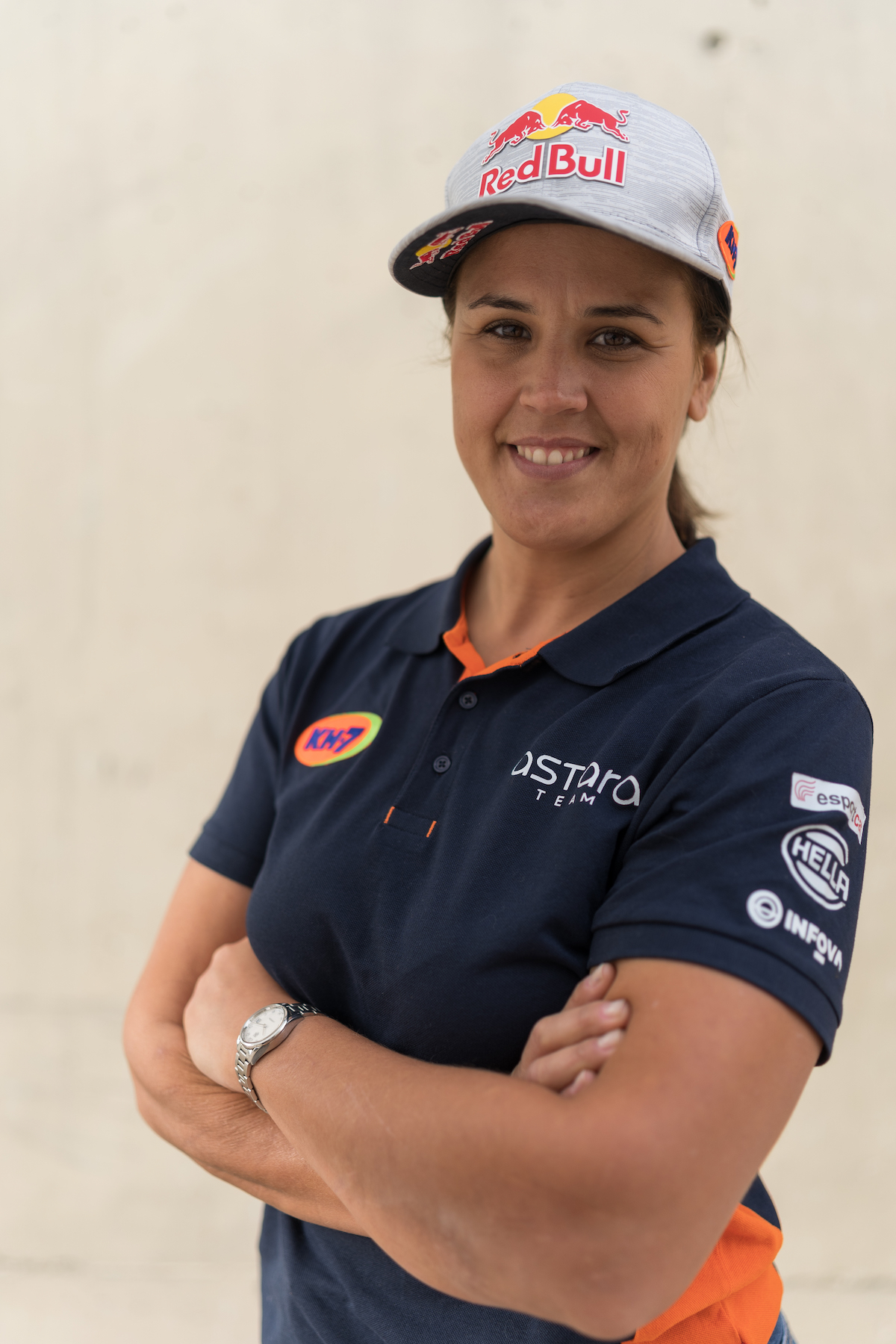 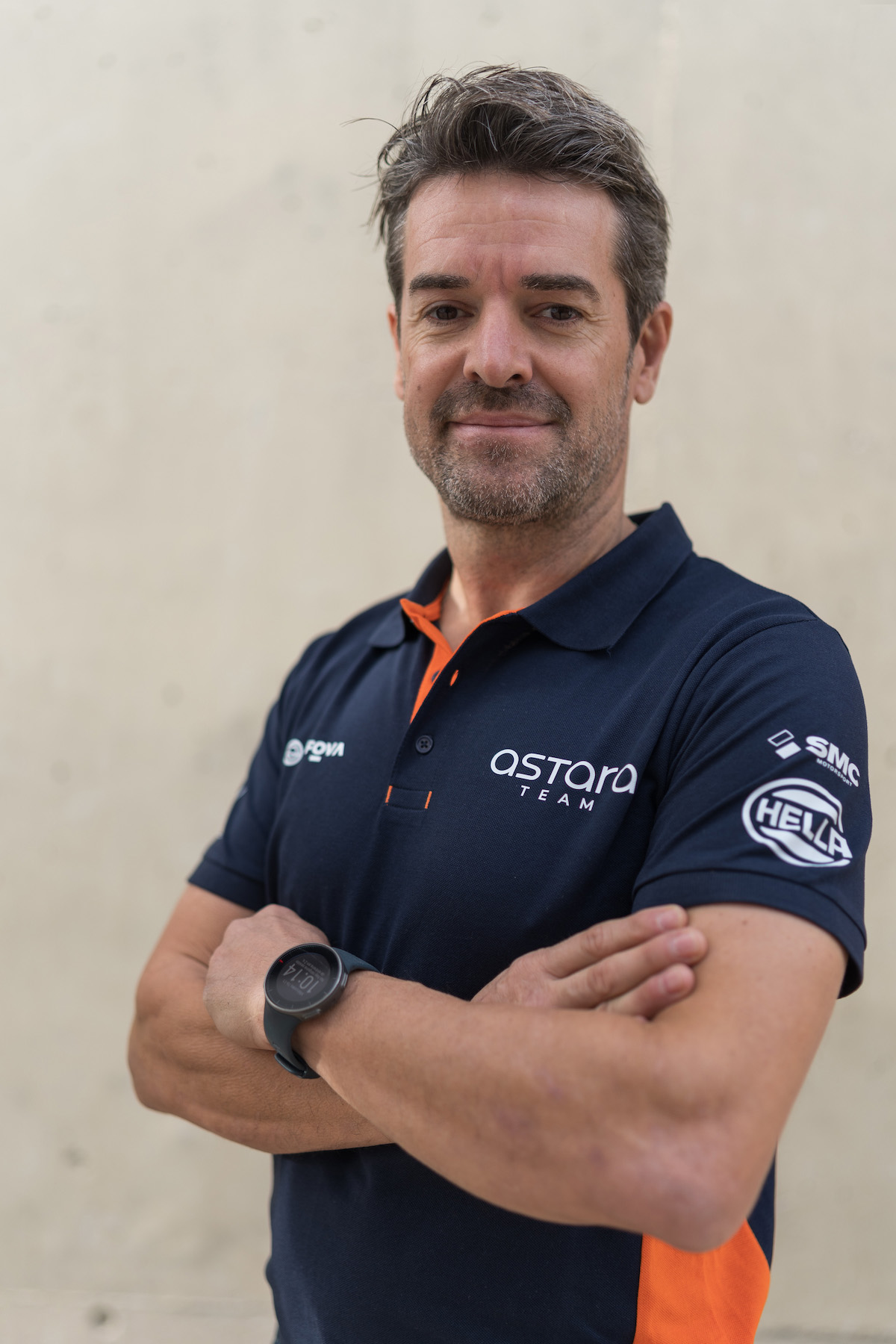 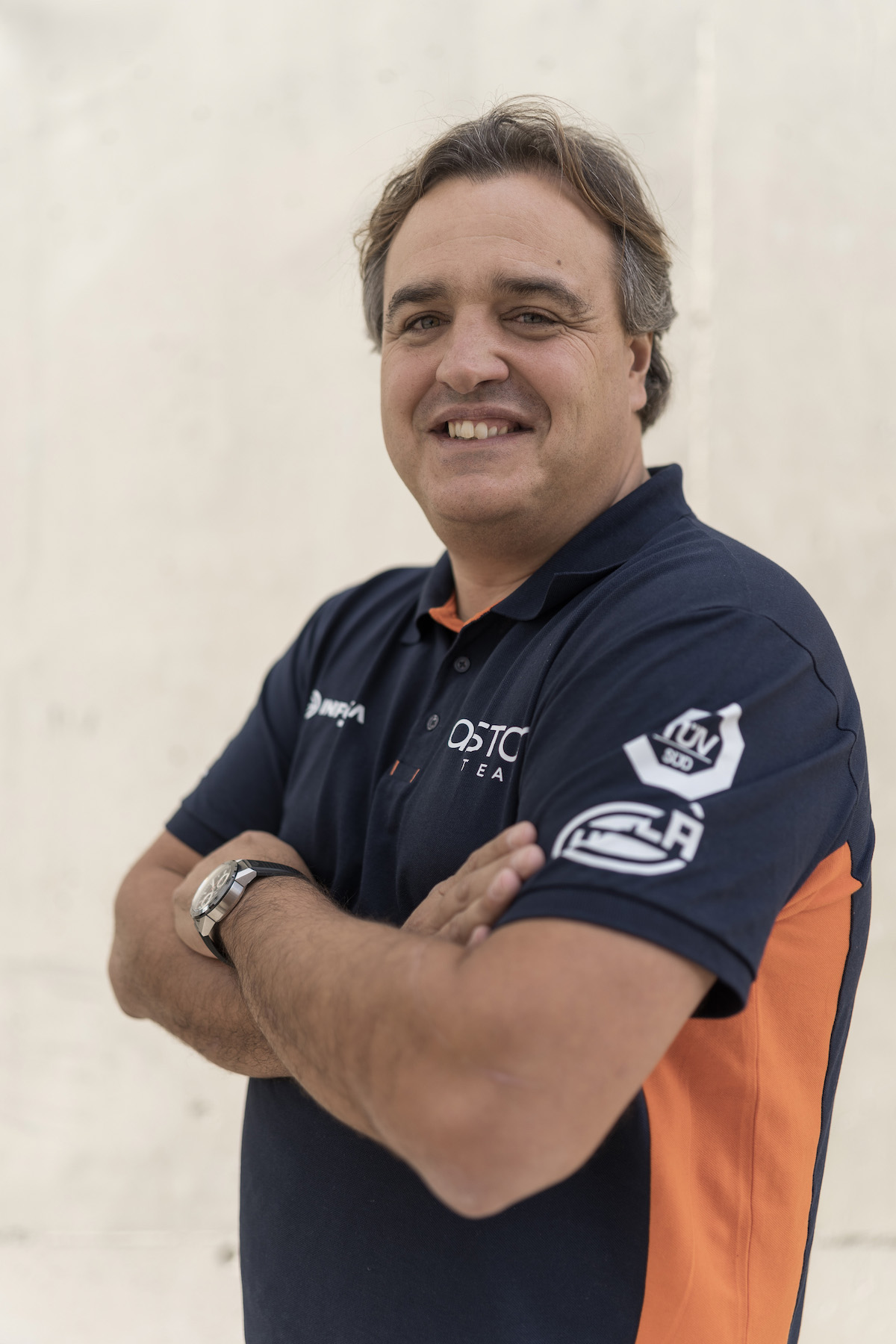 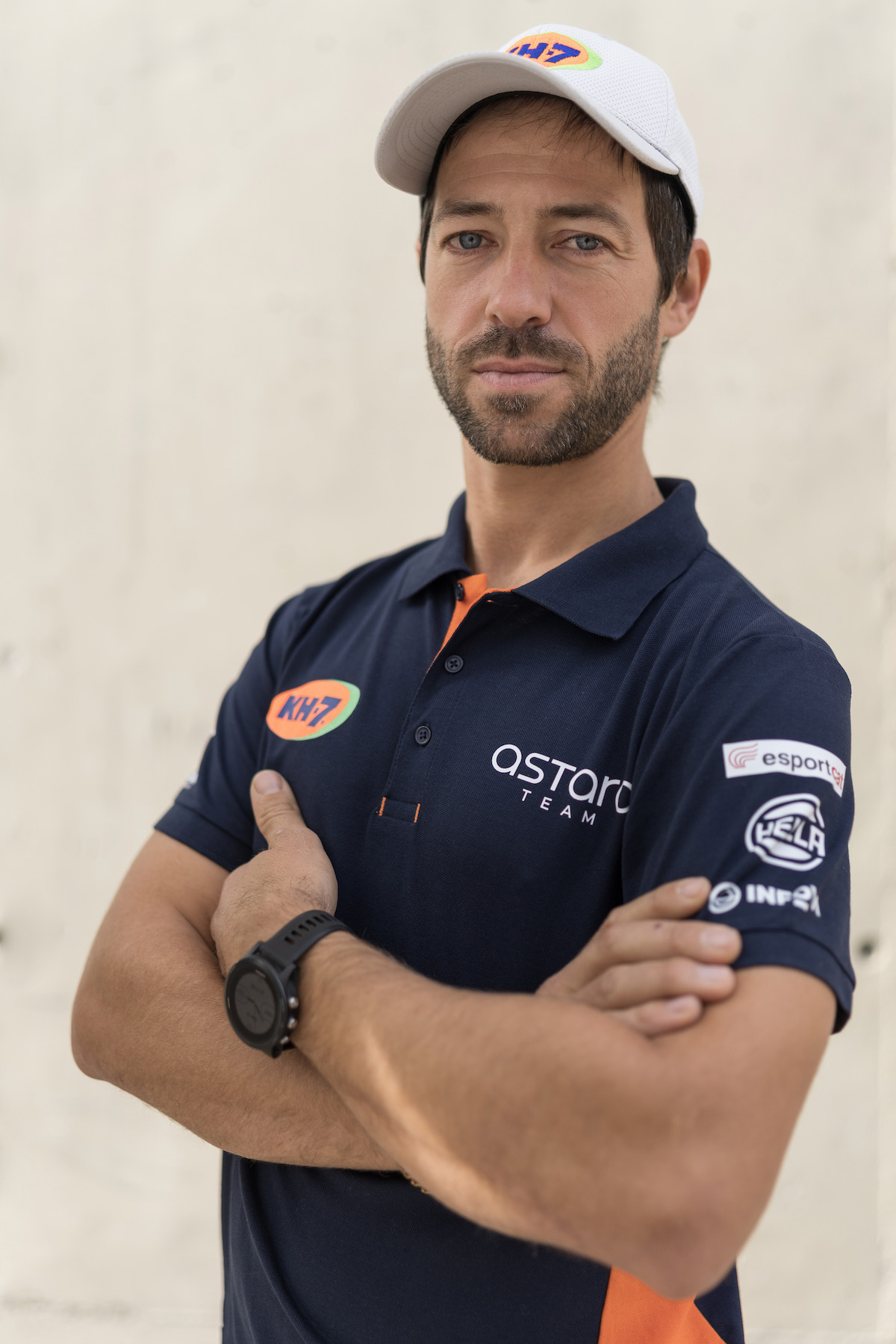 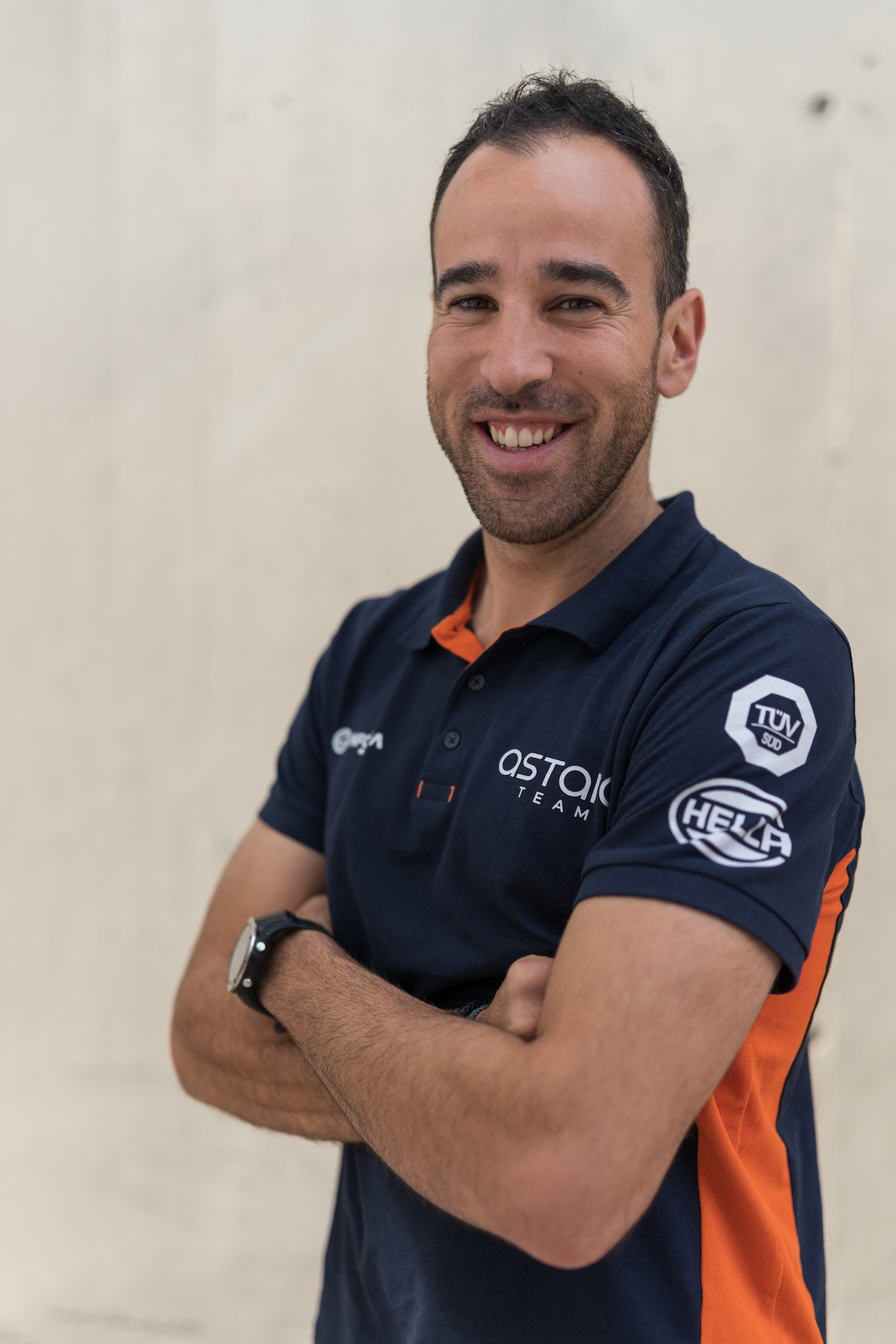 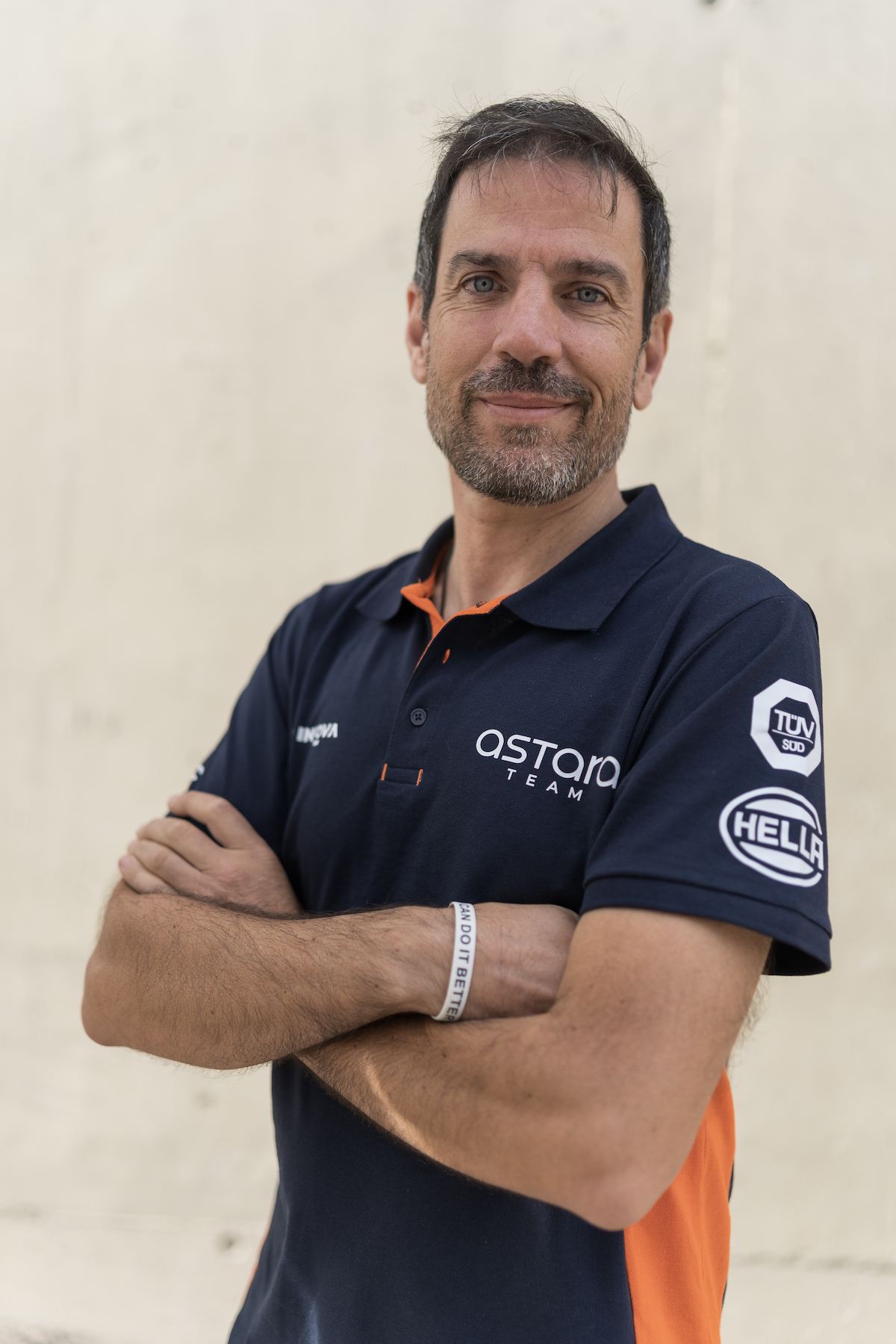