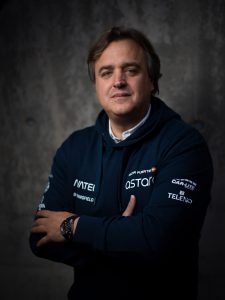 After reaching the finish line in his three previous appearances in the Dakar Rally and after a year of absence, Óscar Fuertes returns to the toughest race in the world in 2022, and once again, he does so with Diego Vallejo on his right.

Óscar and Diego have competed together in the Dakar Rally in 2018, 2019 and 2020. In the last edition they achieved their best personal result, finishing third in their class, T1-3, and twenty-fourth overall.